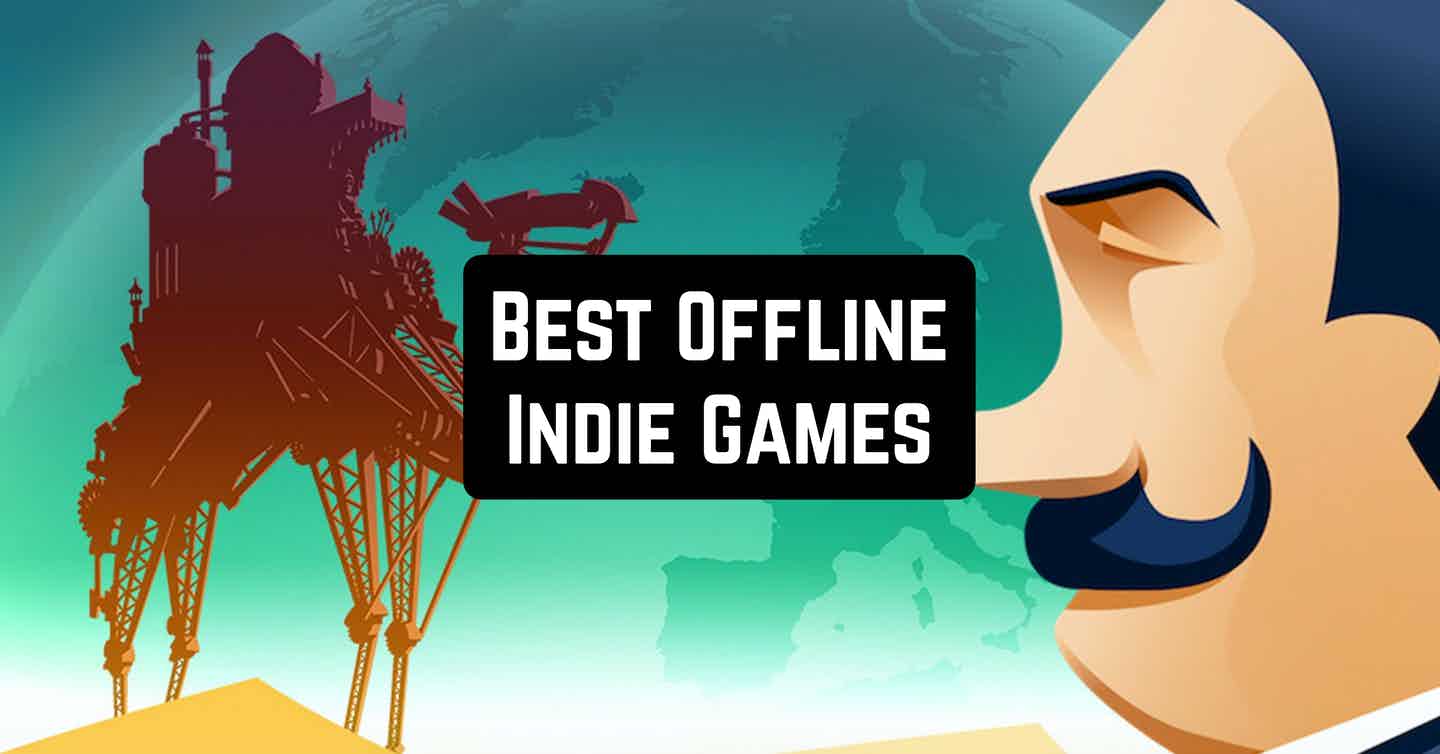 Indy games are isolated because they are created by single developers or small teams that are not under the wing of wealthy publishers. But this does not mean that the quality they are worse than AAA projects. By sacrificing a beautiful picture, the authors are attracted by the idea and the original gameplay.

As a result, indie games not only become more popular than financed competitors but also affect the gaming industry as a whole. In this review, we have collected for you the best offline indie games.

Tiny Room Stories is a detective puzzle game, which, like Mekorama, is based on rotating the game location to find answers to puzzles.

In the story, the main character, having received word from his father, arrives in his hometown.

Its residents for unknown reasons left him. He has to reproduce the chain of events that led to the devastation of the city.

The puzzle is divided into chapters. The levels are not complicated, but in some places, one has to think for a long time. 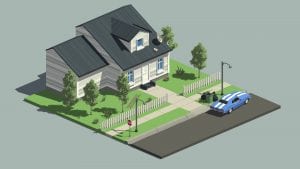 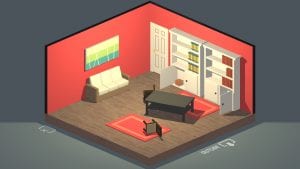 The developers have left the links to the video passage right in the game.

You may also like: 21 Free Offline Action Games for Android

This is a novelty and continuation of the popular game Alto’s Adventure. The mechanics of both games is simple: you need to ride on skis from the mountain.

The problem is that there are various obstacles on the way. You need to jump over them or do special tricks, speed up, and get away from the enemies.

In the second part of Alto to ski not only on snow slopes but also on the sand dunes and other unusual places for downhill skiing.

There is a special mode that allows you to just roll and perform tricks without worrying about having to start again.

Alto will just stand up and go further if it falls. On the way, you also need to collect various collectible items. It will help you to achieve the goals of the game and unlock new characters. 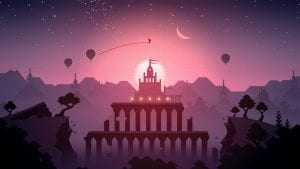 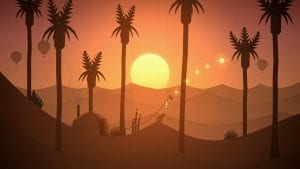 Alto’s Odyssey will help you to relax in “Zen Mode”, which turns off most of the game mechanics. The player only has to enjoy the music, crossing the endless desert.

This is an adventure game like point-and-click, telling the story of the janitor Joe, on whose shoulders falls the task of saving the world.

In the story, he manages to exist two times. In the legendary ’70s, where he lived most of his life, and in a desolate future, where there was a catastrophe that emptied the world.

The hero will have to understand what events led to this outcome, and how it can be prevented.

The gameplay consists of puzzles and atmospheric wanderings through gloomy locations. 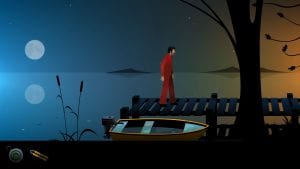 The plot consists of 5 chapters, and the game itself has over 100000 assessments in Google Play, most of which are positive.

This game with a long name is similar to a mixture of cult “Civilization” and no less cult “Minecraft”. This is a step-by-step strategy in a world of blocks.

In The Battle of Polytopia – An Epic Civilization War you have to choose one of the civilizations and develop the tribe to an empire.

There are several game modes, including single-player and multiplayer. There are also quite a few options inside these modes.

Here you can choose the time limit, the complete conquest of the rival cities, and the defeat of enemies or gain a certain number of points.

Each move you get asterisks for the number and size of controlled cities.

Then you can spend them on learning new technologies, creating an army, or collecting resources. You will have to intelligently deploy troops and spend resources. 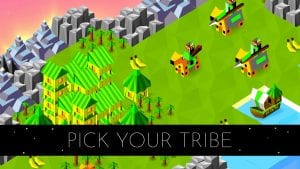 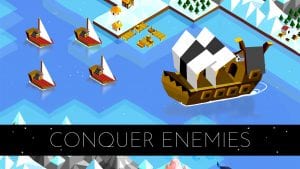 The game offers several levels of difficulty and tribes to choose from because here you will find exactly what you like.

This is another game of blocks. But the meaning of Mekorama is different. You need to help the robot pass the maze.

Here you will get unusual locations and simple relaxing gameplay.

You need to pass through 50 scenes, you will have to solve puzzles to avoid getting into trouble. Not enough levels in the free version? You can buy collection maps.

Besides, Martin Magney has a VR version of Mekorama.

Mekorama is a relaxing puzzle game in which you will help an alien robot solve over 50 puzzles tied in a game with 3D space.

With your help, the robot will climb the surface. Avoid encounters with enemies and reach the cherished button on the level. The stages are presented in the form of multi-level towers. 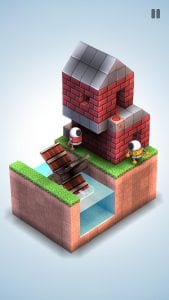 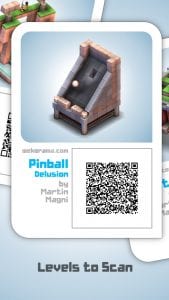 Simple gameplay, the cute main character, and pleasant music distinguish the game among others.

République shows what indie games are capable of. This is a stealth adventure from the third person, broken down into 5 episodes.

The first, by the way, can be downloaded on Android absolutely free.

The main character is the girl who decided to challenge the system. But, she can’t cope alone.

Thus, the player will help the character to secretly pass the levels, using cameras and other devices.

It is noteworthy that each episode is the developers’ work on bugs, which motivates them to buy and pass. 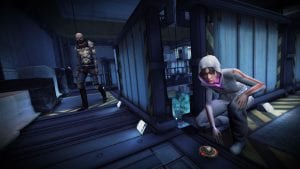 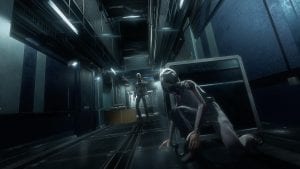 So, in the fifth chapter, you will find a non-linear story. As well as the opportunity to return to the location from the previous parts.

This is a touching arcade in which the player in the role of a faithful dog will go in search of the hostess.

She has disappeared during the next archaeological research. The gameplay process combines elements of a platformer and a digger.

The gamer will have to overcome the obstacles and dangers that are in the dungeons.

You will also need to look for artifacts and break your way to the goal. Do not forget that you play the role of a dog.

The equipment in the game can be pumped. The levels are large and confusing, which only went My Diggy Dog 2 to the benefit.

Arcade Platformer Ordia offers to play for a single-celled inhabitant of the ocean, who takes his first steps in a dangerous world.

He has to overcome obstacles, jumping from one point to another. You also need to get food and avoid meeting with more advanced forms of life.

A simple game contains only 30 levels and a couple of bonuses. The passage is accompanied by pleasant music.

If the player managed to pass all quickly, he can try his hand in the mode of high complexity.

Of all the games on the list, Ordia seems to be the most interesting. This is a “one-tap” platformer, which can be played with one hand. You control a small creature that has just begun its journey in this world.

In the struggle for life, he needs to pass the levels, meeting the enemies on the way. He can jump, push away from the walls, grab the soaring balls. 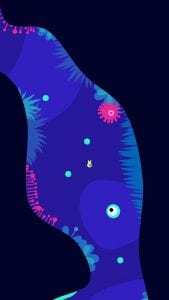 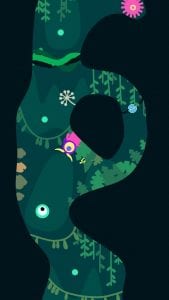 The game enjoys attention to detail, a variety of levels with interesting obstacles.

You may also like: 15 Best offline strategy games for Android

G30 – A Memory Maze is a puzzle with a minimalistic interface and an unusual idea.

According to the idea, you will bring together the history of a person suffering from cognitive impairment.

He carries away the most precious thing – memory. By solving the puzzles, you will recover parts of human memory.

In total, there are 7 chapters in G30 – A Memory Maze. Each of them includes dozens of puzzles. So why did the game succeed in impressing the players?

It’s all about unique game mechanics and history. The puzzles are the memories of a person with cognitive impairment. He tries to remember something from the past, and our task is to help him with this.

A special atmosphere is created by a unique soundtrack. So it is recommended to play with headphones. The essence of the gameplay is to rotate the details.

If the position is right, you should get a picture. It corresponds to the text hints that are formed from the shape turns. Parts of the image differ in color, and you can change the shape of the figures in each color.

One of the colors is the base color. The circle in the center allows you to select a color by moving the pointer and then change its shape.

The game has relaxing gameplay. There are no timers and restrictions. It does not put and offers just to enjoy the passage and music. 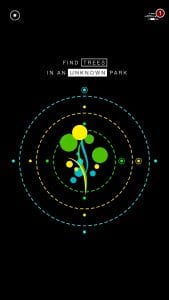 The puzzles are not complicated. The plot is permeated with deep life themes that are familiar to almost every gamer.