No matter how comfortable and advanced the working tool is the tablet, there are still a huge number of adherents of writing on ordinary paper notebooks with a simple ballpoint pen. For Android, there is an exhaustive number of different organizers, text editors, and applications for creating notes. INKredible is one of them. The closest acquaintance with it suggests that the new product may become a competitor to pen and paper.

You can also check: 15 Best Quotes creator apps for Android

When we launch INKredible, we immediately see a notebook sheet of paper. Perhaps the first feeling that the program causes is nostalgia. This feeling only increases after touching the screen. A quick touch of the finger across the screen creates a thin line as if someone had easily written with a pen on the paper. If you make the movement slowly and clearly, then the line will be much thicker, creating the effect of slightly spread ink. 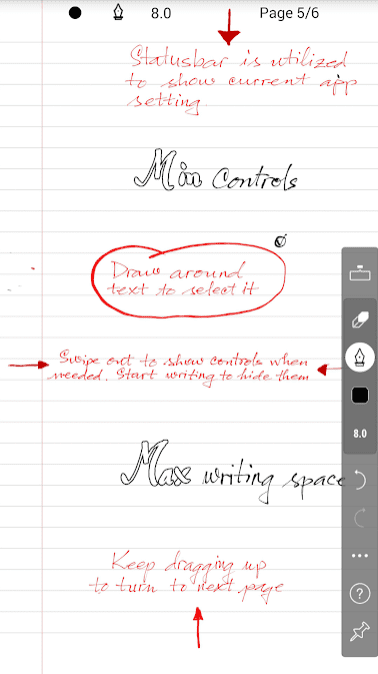 It was probably the creation of the effect of real writing on the screen that took the most time for the developers of INKredible. Of course, the best effect is achieved when using a stylus or pen, but the reality is that the application manages to create the real feeling of writing.

The side menu with the tools and settings of the application is shown by the swipe from the left edge of the screen. It can also be fixed there permanently. The ink color also changes. Initially, navigation through the virtual pages is done with a swipe at the right edge of the screen, and you can change the scale with a standard gesture.

In the settings, you can turn off scrolling and gestures to focus on one page. This is useful when you need to make a note right at the edge of the screen. In addition, you can always undo or redo the last action. 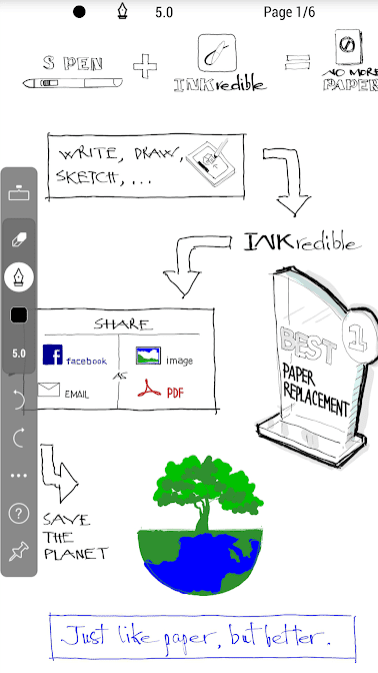 INKredible implemented another function that allows you to scale the page. In this mode, one-third of the standard line is highlighted, and its enlarged view is shown below. In such a simple way, you can write in INKredible, as in an ordinary notebook. Honestly, after some training and getting used it’s quite possible to make a handwritten lecture summary using a tablet instead of a notebook. 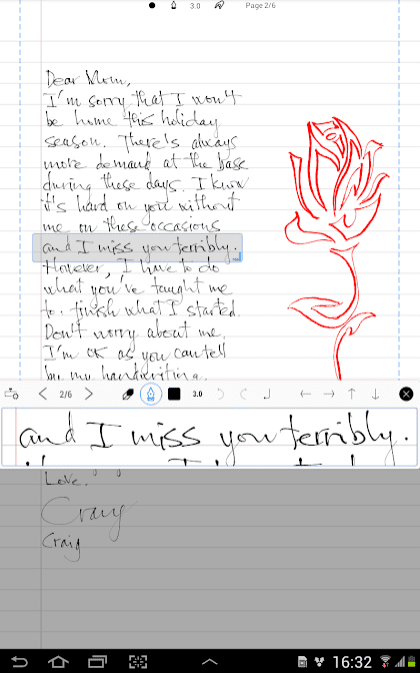 Supports the export of documents in PDF or image format. The INKredible interface is as user-friendly as possible. 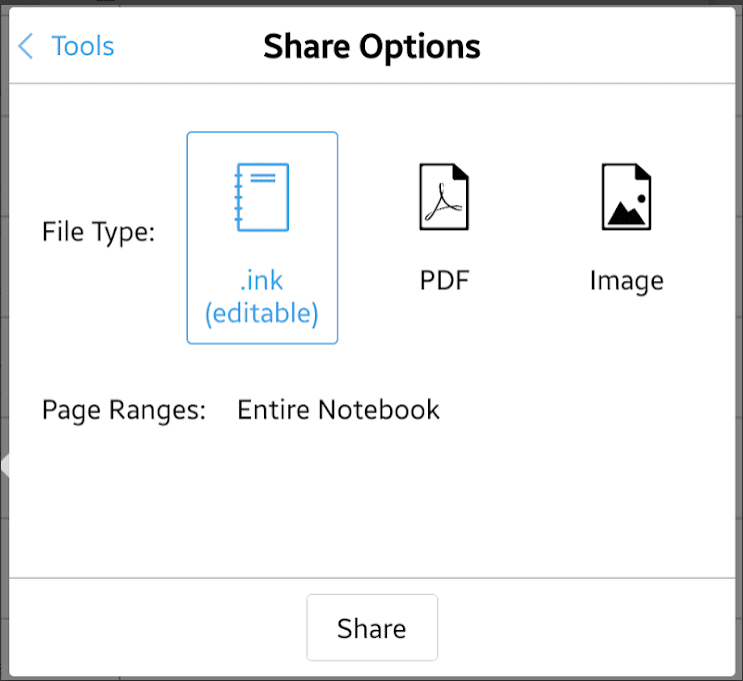 INKredible is a pleasant surprise among many other similar applications. The process of virtual writing is implemented as reliably as is generally possible on the tablet display with the technologies used. The application contains all the necessary tools for ease of writing, including a particularly interesting feature of the “smart” scale.

Considering that the application is free, and only a set of additional stationery can be purchased, everyone who likes to write with a real pen on paper is obliged to try it, because this process wasn’t yet more realistic on the tablet screen. Who knows, maybe you decide to give up old habits in favor of modern technology.