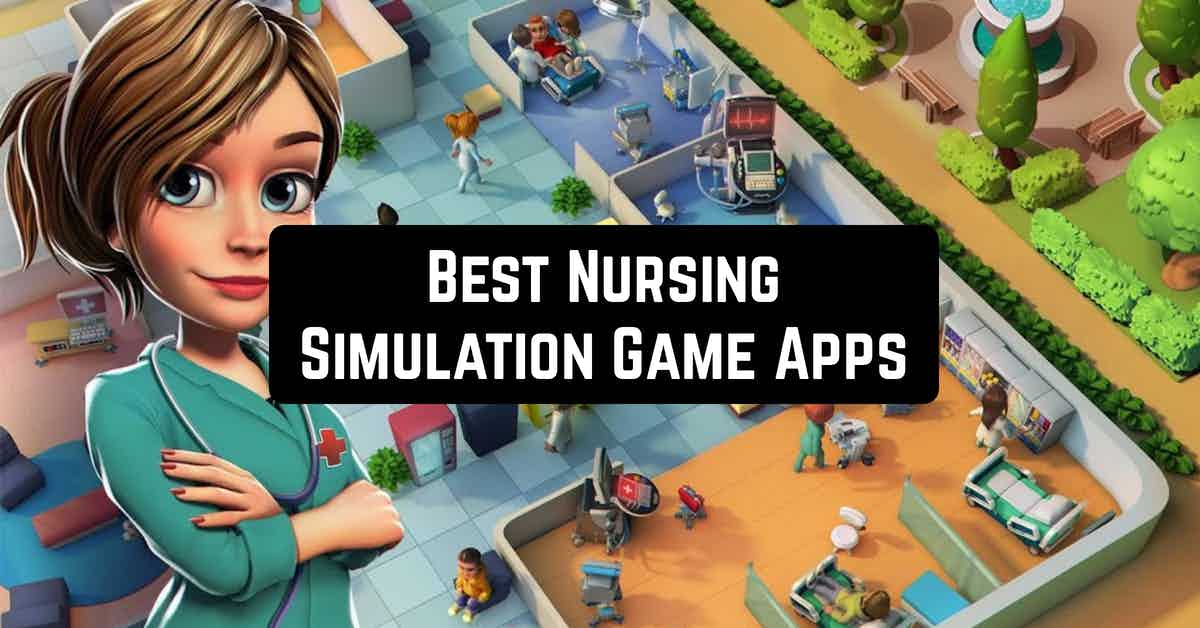 In most video games, gameplay focuses on killing as many enemies as possible. But what if in games you want to cure others and not maim them?

This is where medical games come into play. In most of them, the goal is similar. Provide help and cure as many patients as possible. The scale of some games is wider – there you need to build an entire hospital and successfully manage it.

Any game of this best nursing simulation game apps will make you feel like a real nurse.

In this game the user acts as a nurse, partly regulating the actions of doctors.

In case of an emergency, you need to go to the site, rescue all the victims, provide them with quick medical care, and then send them to the hospital.

The most difficult thing to do is to coordinate all services during major disasters. Any delay or choice of the wrong course of action can result in dozens of lost lives.

It will eventually lead to a loss. In this regard, the developers were quite good at conveying the fuss of real rescue operations.

The only thing that distinguishes what is happening on the screen is the ability to follow all the actions of your team.

This is a game in the genre of time management, giving the chance to lead the most unusual hospital on the planet. This is where extremely desperate people come in sick with strange symptoms and rare ailments.

Here you will build a hospital in a huge skyscraper. Each floor is supposed to be an independent ward. 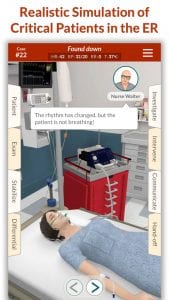 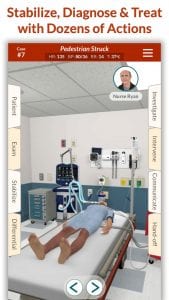 It can be pumped to make it more efficient. You will also have to hire staff, train them, and especially hunt legendary specialists.

You may also like: 25 Best simulation games for Android

This is one of the most popular hospital simulations with simple but funny graphics and eccentric humor.

It’s combined with a pretty elaborate model of hospital management.

The player is engaged in placing rooms and purchasing equipment, hires all personnel from janitors to surgeons.

In case of emergency, he can even kick incompetent doctors and annoying patients away. For example, those who have a lot of scandals or shirks away from work.

This game is dedicated to a young intern in the clinic, which will have a lot of care.

Meet and accommodate patients, provide them with everything they need, bring the prescribed medication, and so on. And all this to prevent queues and other unpleasant situations. 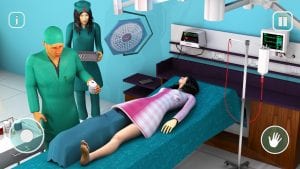 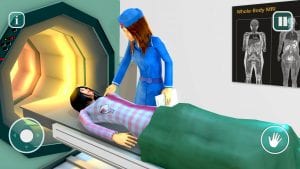 This is a draggy world with mini-games and strategy elements, which is sure to give you a pleasant emotion.

This is the most realistic game simulator to date.

Its essence comes down to the execution of seemingly normal operations in different environments, but not all as simple as it seems.

The basic idea and complexity of the game are that you need to manage nurse.

That is, each of her fingers and brush as a whole, for which are responsible separate buttons on the keyboard.

Despite the simple synopsis, it is quite difficult to do it, and it is almost impossible to make the real operation for the first time.

Thus, learning in the game begins with the interaction with ordinary subjects such as a pen, computer mouse, and tablet with a schedule.

But even after a few hours of the game there is a serious danger during the operation accidentally drop on the floor of some organ patient.

Nothing more like the truth in the world of gaming simulators medical activity has not yet been invented.

To, for example, open the patient’s chest and replace a bad heart, you need to consistently use all the necessary tools. In this case, the surrounding objects are fully interactive. 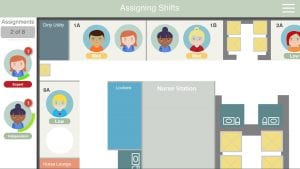 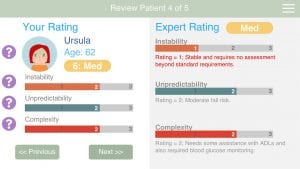 If you carelessly touch the operating table with your hand, an object will definitely fall on the patient and damage his organs. And after all, in some levels, you need to perform the operation in a car rushing at high speed or even in space.

This is a wonderful hospital simulator, which can definitely be considered one of the best.

Here you will get plenty of flexible hospital management options, random events, extra tasks, and exciting competitions with other clinics. 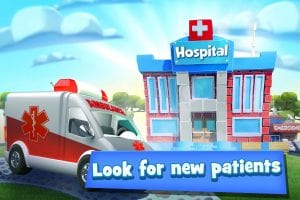 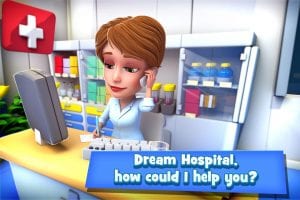 There is also plenty of new and exciting content that you will surely enjoy.

This game offers gamers to transfer to the virtual operating room in an image. It explores the unconventional approaches and unexpected tools in their work.

Patients, it should be noted, are also quite extraordinary: alien, machine gunner, and even the president of the USA.

In general, there is no need to wait for a serious approach to operations, but despite this, the game still turned out to be quite complex and fascinating.

The player acts as a nurse, partly regulating the actions of doctors.

In case of an emergency, it is necessary to travel to the site, rescue all victims, provide them with quick medical care, and then send them to the hospital.

The most difficult thing to do is to coordinate all services during major disasters. Any delay or choice of the wrong course of action can result in dozens of lost lives.

It will eventually lead to a loss. In this regard, the developers were quite good at conveying the fuss of real rescue operations. 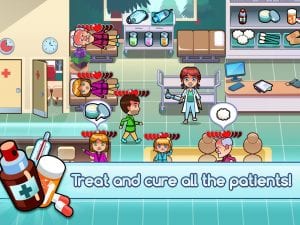 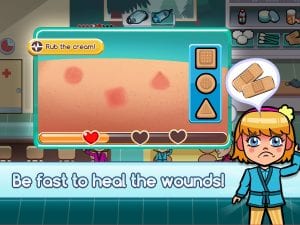 The only thing that distinguishes what is happening on the screen is the ability to follow all the actions of your team.

This is one of the most serious hospital simulations on our list.

Graphics here are not admirable, but the gameplay has absorbed all the necessary for the genre of mechanics and features.

The internal layout of the hospital, purchasing and placing equipment, hiring staff.

Distribution of patients by departments, making diagnoses, prescribing treatment, and other tasks. All this is in the player’s competence.

Here the developers have tried to recreate the features of the clinic management as realistic as possible.

Half of the game time is devoted to conducting personal and conversations between the characters. They from time to time should be directed in the right direction.

The other half is devoted to surgical manipulations of varying degrees of complexity. Appendix removal, catheter insertion, fluoroscopy, and so on.

Visually, all operations in the game resemble pictures from textbooks on anatomy. But in fact, implemented in the form of simple mini-games.

For example, to open the patient’s abdomen, you need to carefully draw a scalpel along a dotted line.

To transplant a kidney, you need to drag it into the abdominal cavity with a mouse and draw a needle with a thread on certain points. It would mean sewing the vessels. 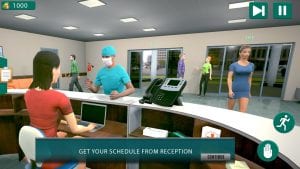 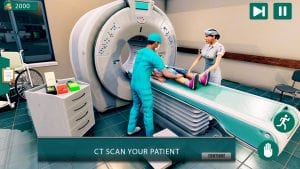 All these manipulations will seem to surgeons with great simplicity. But such medical fun will certainly interest first-year students.

It’s a control simulator that deliberately moves away from harsh reality into a world of amusing fantasy.

Strange doctors and patients, fictional diseases, general positive atmosphere, and humor. These are the characteristics of this fascinating game.

Here everything is as simple as possible and the player will never experience difficulties with lack of finances.

Among the unexpected features can be noted as an interesting system of development of relations between staff members. 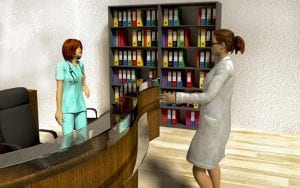 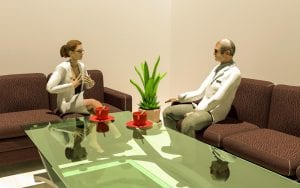 They can be friends, quarrel, flirt, and even fall in love with each other.

This is a free game about the hospital, which attracts a nice picture, as well as common funny surroundings.

Build your own hospital will have in some fictional world with all sorts of unusual characters suffering from amazing illnesses.

Gameplay in this game is a typical free economic strategy with construction. In general, no major innovations. 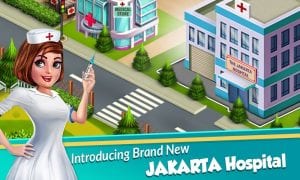 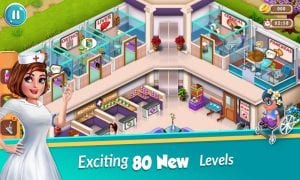 For this you get money and on the profit, you buy even more advanced items and hire more qualified staff.

The gameplay of this game is based on the principles of management and urban development in the spirit of economic and strategic games.

The player is offered to build a successful medical center, capable of curing any diseases and injuries.

But it is not that simple. Initially, the player will be severely constrained in means and capabilities.

Besides, he will be tormented by capricious patients and in every way to substitute lazy and incompetent staff.

This series of strategies is dedicated to the hard weekdays of nurses. So, if you need to relax after working with the keyboard in your hands, it is unlikely to work here.

It is worth getting ready for endless fires, accidents, natural disasters, and other outrages in different parts of the world.

As with any real rescue service, the goal of this game is to save as many lives as possible in a variety of situations.

Unlike most popular games in this series is not to kill enemies, and but, save people’s lives. For this purpose, is available to a large staff of workers with a variety of specialties. 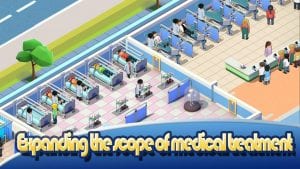 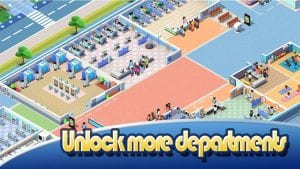 In this case, there will often be restrictions on time and money. In general, everything is like in real life.

This game belongs to the category where the most interesting is the plot.

Humor, romance, intrigue, tragedy, mystery, and betrayal – all this was combined by screenwriters in a fascinating story.

Here the player will have to continuously save the lives of patients while solving their personal problems.

In addition to performing direct medical duties, you can freely walk around the hospital.

Talk to patients and colleagues about the weather and so on. In fact, you can even not work, and just walk the corridors around the clock and talk to everyone. But it doesn’t end well.

The game recreates the weekdays of nurses in quite a detail. At the very beginning, you need to create your own character and set her specialization, as well as many other parameters, up to eye color. 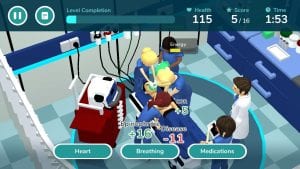 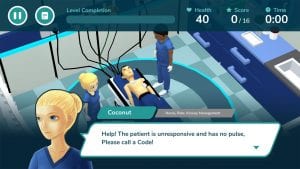 Then the story is divided into working days, during which you need to take a certain number of patients.

You may also like: 21 Best Police games for Android (management & simulators)

This game tells the story of a young man who chose Chicago Hospital as his main place of work.

It all goes on until the moment when there is an accident with dozens of victims. In the gameplay, this game is a strategy with elements of the quest.

The player will have to choose the direction of their work, as well as adjust its parameters of appearance and characteristics.

In the game, the gamer will experience the working days, during which he will take care of various patients. Day after day, the main plot will be revealed.

Also, the essence of this game is to manage the hospital, or rather – the room. From it to make the ideal medical center to cure as many diseases as possible.

To create the ideal medical facility player receives virtually unlimited power. You can manage staff and install any necessary equipment. 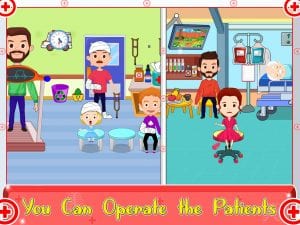 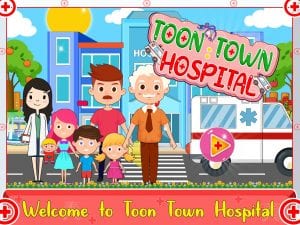 The goal is to use their powers properly, earning money on customer service, and spending money on maintaining the hospital.